The Basics of COSMIC size measurement

The Basics of COSMIC Sizing 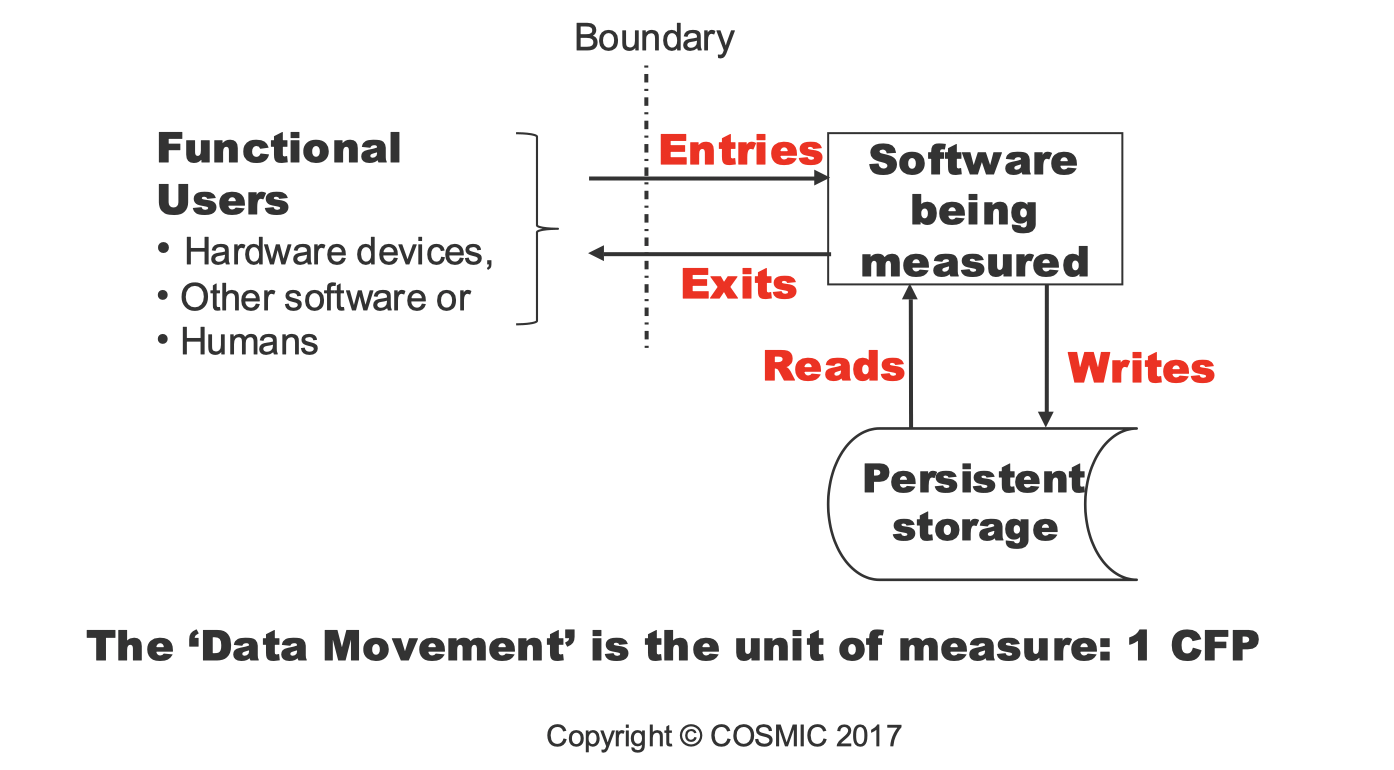 A conceptual interface between the software being measured and its functional users.

Each Step within a user story consists of a set of data movements, representing an elementary part of the Functional User Requirements for the software being measured.
For example:  Validate the user has permissions to access this specific object.

Any person or thing that communicates or interacts with the software at any time.  Typically a human, another application or an input device.

Triggering event type. An event, recognized in the Functional User Requirements of the software being measured, that causes one or more functional users of the software being measured to generate one or more data groups, each of which will subsequently be moved by a triggering Entry. A triggering event cannot be sub-divided and has either happened or not happened.

NOTE: Clock and timing events can be triggering events.

There are four types of data movement: inputs, outputs, reads and writes.

Did this answer your question? Thanks for the feedback There was a problem submitting your feedback. Please try again later.